From the May, 2014 press release by Winkleman Gallery:
Andy Yoder’s new sculpture, Early One Morning, is titled after a work by the late Anthony Caro, who was one of the founders of the Triangle Workshop, which Yoder later participated in and credits with greatly boosting his career.  The title also references Hurricane Sandy, which is depicted on the globe heading into the East Coast of the United States, which was happening when Yoder first started the sculpture.

Yoder explains:  “I was interested in the contrast between the havoc the storm wreaked on the ground compared to the silent beauty of the earth from above.  That contrast expands to include the tensions, war and strife that divide countries, compared to the smooth, borderless blue marble floating in space.”
Weighing in at 200 lbs., Yoder’s Early One Morning is comprised of over 300,000 matchsticks.  The heads of each matchstick are painted with Holbein acrylic gouache, mixed with a flame retardant paint additive to provide a Class A flame spread rating. 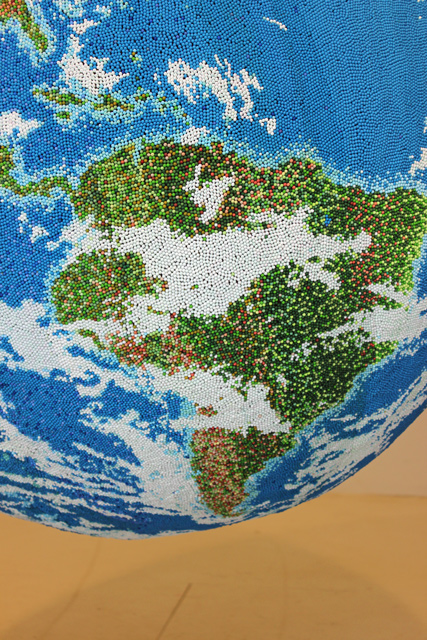 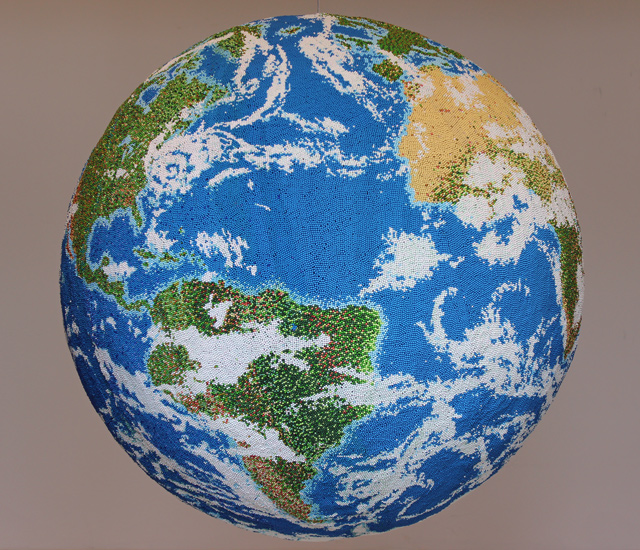 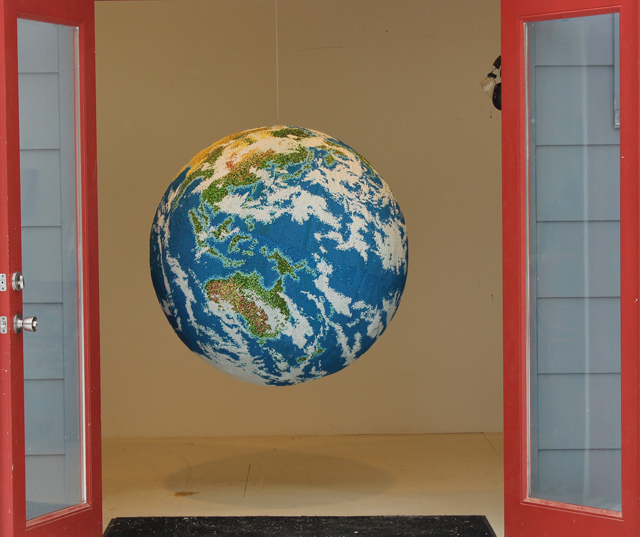 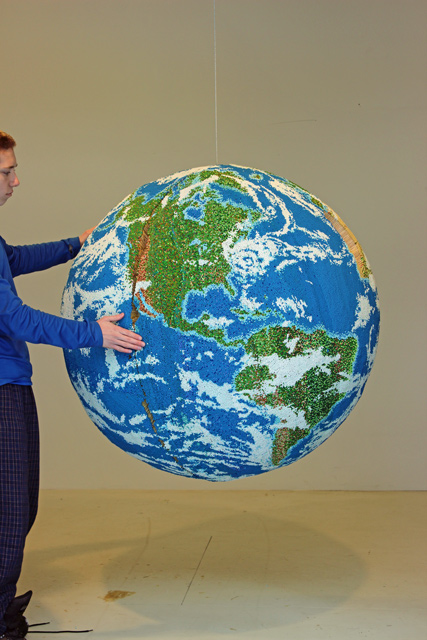 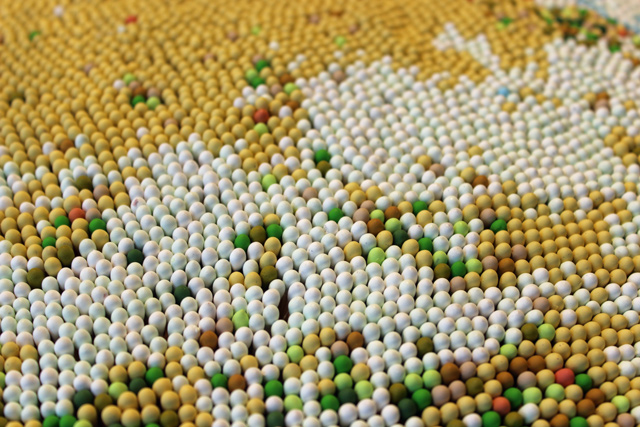 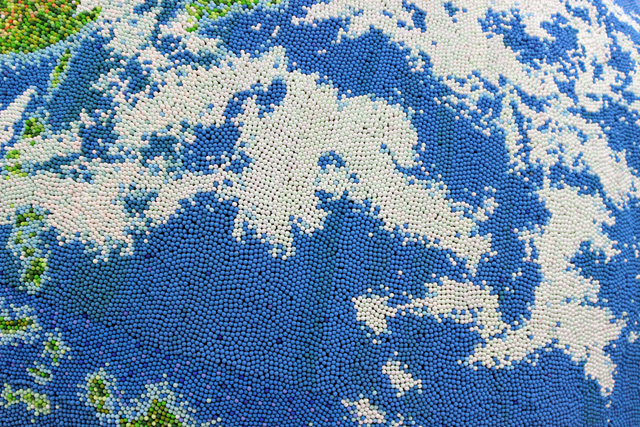 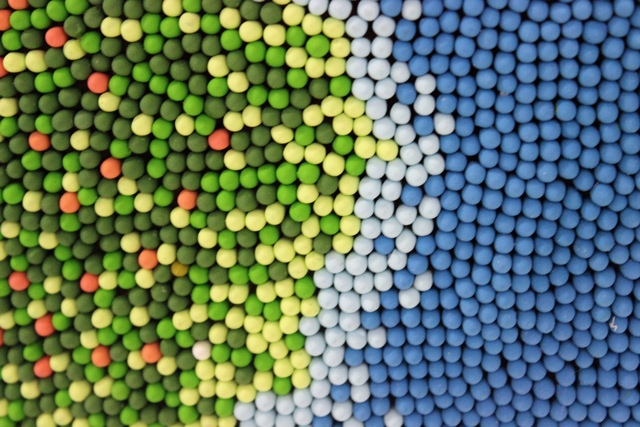 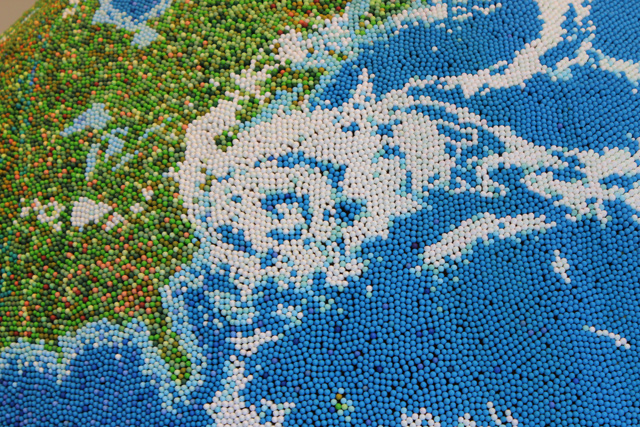